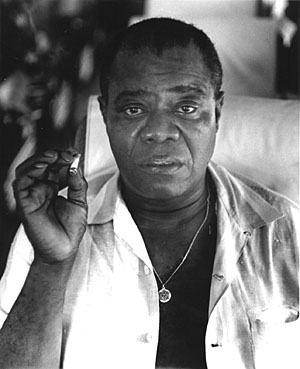 Posted at 20:06h in Modular Programs by admin

The Louis Armstrong Centennial Radio Project, hosted by Stanley Crouch pushes aside the veil that exists when looking at a man of a different era, to appreciate that he was not trapped by the limitations of being black in America at that time, but a fully engaged player and sovereign of his destiny. We bring you sixteen, 3sixteen 3-minute segments created
by Producer Jim Luce, in which we hear the voices of Louis himself, Ella, Billie, Dizzy, Louis Jordan and many, many more who bring to life the force of nature that was Louis Armstrong.